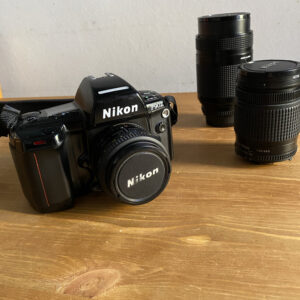 I have revisited my darkroom for the first time in several years. It took quite a while to reacquaint myself with all the equipment and find my way around in the darkness of the red safe light.

I have an LPL7700 enlarger and an assortment of enlarger lenses. The enlarger has got some rusty patches on it, but it does work. Unfortunately the lenses have developed haze over the years and obvious signs of fungal growth. In any case I decided to start off simply with 35mm film so of my two 50mm enlarger lenses (both Nikkors – one f2.8 and one f4) the f4 one was the best looking so I went with that. I have just received another 50mm lens (only £10 from West Yorkshire cameras – a Minolta Rokkor 50mm f4.5). I’ll use this in the next session.

I also have an RH Designs Analyser Pro, but I have completely forgotten how to use it and need to re-read the manual. Again something for next time. I therefore proceeded to try and make a contact sheet after determining maximum black and make test strips in the more conventional way. The Analyser allows this step to be bypassed when it is properly calibrated to the paper you use. 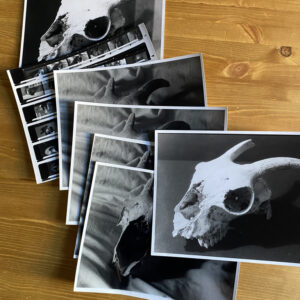 I had taken some simple still life images of a sheep skull using my Nikon F90X and Nikkor 50mm f1.8 AF-D lens. This was using Fomapan 200 film developed in Rodinal. I had bought a box of 10″x8″ Ilford Multigrade V glossy RC paper and also have a box of Ilford MG IV paper that has been unopened but not stored very well. I used Multigrade developer.

I started with the MG V and managed after several tries to get a decent print although I had several that turned out too dark. I was trying to balance the very white areas of the skull against the deep shadows. This appeared to require some dodging or burning. Viz. dodge an overcooked print or burn in the shadow areas of an undercooked print.

It was difficult to decide, but I got there in the end. Also I don’t think I adequately accounted for the dry down effect (the prints get darker when they are fully dry). I am going to bleach back the dark ones and try toning them partially back using sepia toner.

I also opened the old box of MG IV which was a little curled straight out of the box. Because the analyser is set to this paper by default I gave it a go and got a half decent print on the MG IV. The haze on the enlarger lens did not seem to cause too much of a problem. 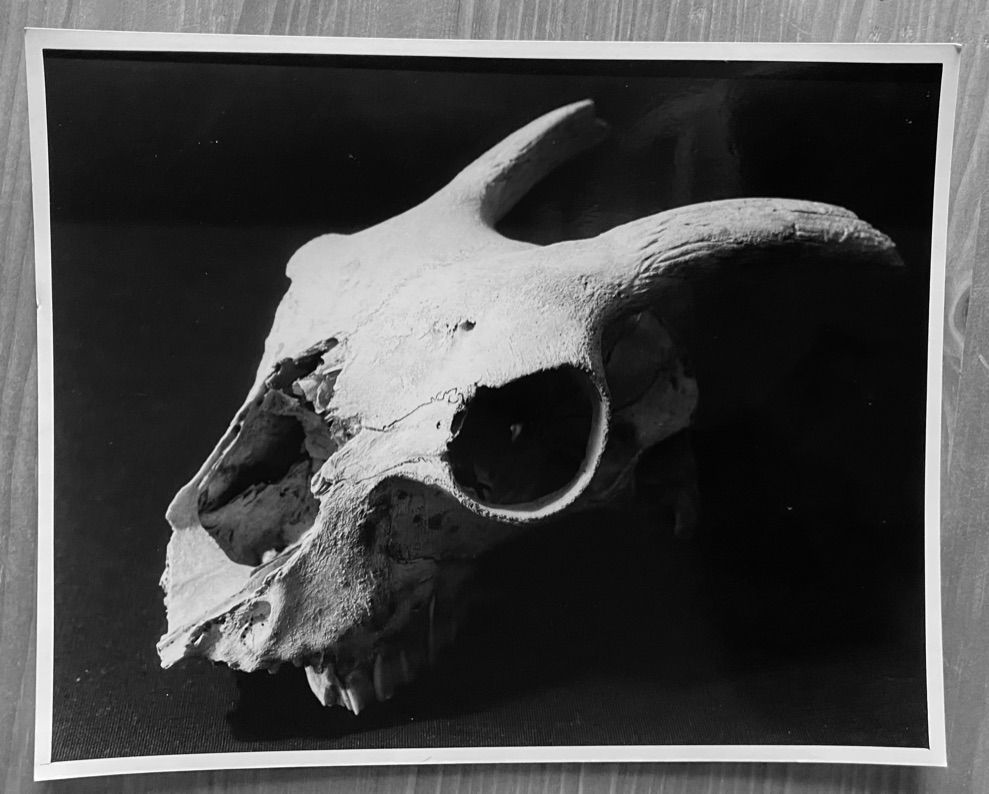 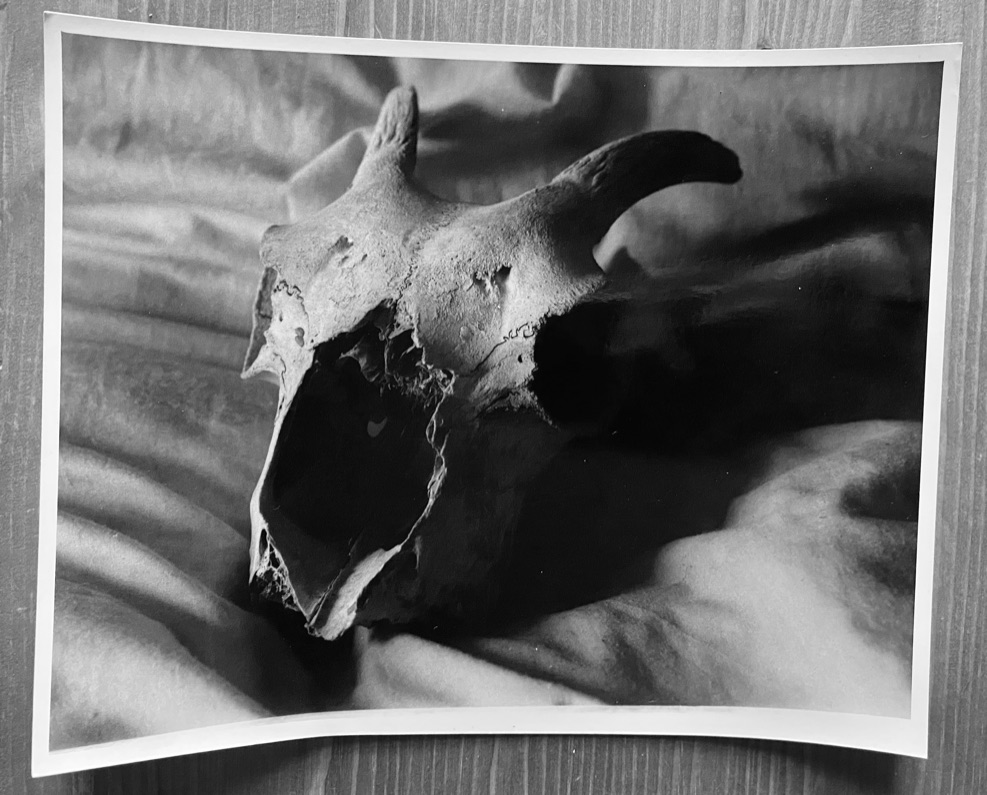